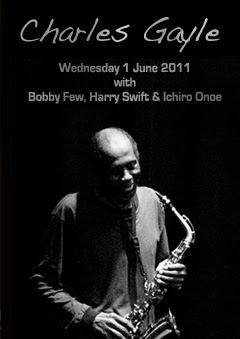 After the excuses of the last post - onwards! Off to town tomorrow to see Charles Gayle, probably my favourite musician of the moment - at the Cafe Oto, of course. The band, with Bobby Few et al, looks fascinating and I'm really looking forward to seeing how he plays with a piano in the lineup
Posted by Rod Warner at 2:59 PM No comments:

I didn't put up the rest of my review from the Freedom of the City fest... usually I would have attended for a couple of days or more solid - this year just a scattering, due to other commitments. When I read back what I originally intended to post about the 'Feral Choir,' I thought: well, these I do not dig, to the point that I find them hilarious and for all the wrong reasons (maybe...). Some of the other stuff I caught was... o.k. - but I was tired when I got there that last night and left before the end. Exhaustion is not the best state to be in when listening to music, of whatever genre. Reviewing afterwards - well, it would have come out as very negative, when that would not have been my intention. I vigorously support the endeavours of all who are committed to the experimental musics I love, know what a battle it is to get finance and resources only too well - so I figured on this occasion, my critical faculties might not have been too finely tuned. I still find the concept of the 'Feral Choir' (whooo - we're scary) hilarious, and will mention the fact - but I don't want to take the piss in an unbalanced way that would reflect on the work of too many people I respect. Not that anyone or any organisation is above criticism - far from it, many dangers in living in a bubble - but the pluses of this year - new venue which may well turn out to be a good move for the future, the artists I caught who blew me away - and one who surprised me greatly, causing me to rethink old attitudes - and the plain fact that in hard times we need to pull together, made me think: not this time round. Most of what I got to I thoroughly enjoyed and look forward to next year...
Posted by Rod Warner at 2:51 PM No comments: 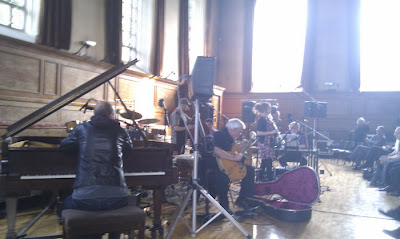 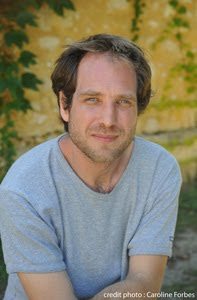 For several reasons I was unable to get to a large chunk of the Freedom of the City festival this year, so my overall impressions are somewhat fragmentary, maybe even more so because of the delay in posting them. But I caught some fascinating music, as ever, thought the new venue, the improbable Cecil Sharp House, worked very well, and was pissed off that I missed a couple of acts through arriving late on Sunday. Usually I immerse myself for at least two days, trying to catch as much as I can until exhaustion takes over – but this time round it was more a couple of hits, one quicker than the other.

Finally arriving at CSH – having gone the wrong way off Delancey Street, for some cognitive dissonant reason – got my tickets, realised I had just missed Agusto Fernandez, annoyingly, so went into the bowels of the joint to get a drink at the Cafe Oto-run bar. CSH at first sight has the look of a decaying Edwardian girls school but when I finally surfaced to go into the main venue room it was light and airy, (albeit with a very springy floor - as a dancing aid, apparently, but prone to mucho creaking for the unwary!) the acoustics proved to be good and there was a fair crowd ready to go with Toma Gouband. If you said to someone outside these musics that you had arrived, sat down ready to roll and a guy placed himself in front of an upturned bass drum plus a couple of cymbals/hi hats, and started his performance by breaking a load of rubble onto the drum – well, answers on the back of a beer mat to the Eagles Nest, God's Little Acre. But: this was, for me, the highlight of the sets I managed to catch. Gouband proceeded to use small broken stones to set up dry, clicking rhythms that seemed to move in some kind of ritualistic cycle, bringing them together, using them separately on his drum/cymbal surfaces, his feet playing pedals, one linked to a log/pipe? of some description to produce an insistent ticking. In his own words:

"In solo I use stones collected here and there and I try to play with multispeed, independent voices, numbers and their links arranged circularly. The circle is multi-directional [multisens in the original French - my approximate translation] and, depending on perspective and attractions from inside and outside, becomes line, triangle, square, star, face. Numbers, as symbols of quantities and proportions created by the different speed, are a strong inspiration to play, to find the energy sub-rising, the continuity, the trance. "

He slowly built up a unique sonic area for the duration of his performance, one that made natural sounds seem exotic, minimal in his use of materials/instruments, yet creating much complexity. An interrogation of the acoustic properties of natural elements – stones – that was also a celebration. If you wanted to get really cute, you could surmise that he was channelling older energies, rituals, sacred geometries even, given his remarks above. The next section involved mucho frottaging of stone slabs – on each other, on cymbal and drum head. A fleeting image of corn being ground? The fanciful thoughts abounded – yet this was truly a magical performance, taking the audience to a very unusual and unique space. Back to the two stones for another section and finishing by producing a bundle of tree branches with which he proceeded to whip and brush his kit. I kid you not... But brilliant, the rustling, whispering sonorities conjuring up everything from wind in the trees to jazz brushes on drums.  A remarkable bridge built between something very primal and the sophisticated framing of experimental festival space, musics and cultural assumptions situated at this home of UK folk musics and dance.  Cecil Sharp House aligned to May Day and free improvisation – if he had suddenly brought out a maypole I would not have been surprised... Something going on here...

Starting quiet, hesitantly almost – Evan P had invited the guests of the afternoon to join his advertised trio (Wright and Francis added to himself) in an impromptu gesture, so, suddenly, an expanded line-up. Two Apple Macs – not sure that another one made much difference. Laptop electronics at these gigs seem, well, restrained, never really partaking of the thrust of performance, more added colorations round the edges. Heledd Francis's bass flute was minimal but blended beautifully with Evan's soprano, the man himself in restrained mood. To unleash the long rolling flights of circular breathed lines in the wrong place would be overwhelming, but he always has his mastery under control in group situations. As their set progressed he did move from short figures to that trademark looping linearity which shifted the dynamic of the performance onto a slightly more urgent plane – but gently suggesting rather than bombastically pointing. John Russell had his head bent sharply forward over his guitar in a pose of utmost concentration and he was using a couple of pedals this year, one I assumed was for volume? Didn't seem to make a lot of difference – unfortunately his playing was semi-audible. Disconcerting to see him picking rapidly away with his left hand holding positions way up the neck, a couple of inches from his right hand. The resultant notes would have been very high-pitched and sharp – but you could hardly hear them. 'Not a strum was heard, nor a funeral note...' to misquote Charles Wolfe.  Russell is a true original, someone who took a slightly different course to the once dominant late Derek Bailey – yet every year I go to this festival he is not miked up enough. Maybe his choice? Dunno, but for a me a shame. Again. Apart from my annual quibble - a subtle and intriguing chamber improv performance, very restrained apart from a couple of surges. Such an ensemble like this did well to keep out of each others way while producing dense music, but I think the acoustics would have allowed them more room if they had wanted to rip it up. Rivetting, all the same and much enjoyed.

Back from London. A couple of excellent exhibitions and some good music at the Freedom of the City festival, which I only bounced across this year, unfortunately, rather than the usual full immersion. A couple of reviews to follow - then into the last lap with our book: 'Don Partridge and Company...' which Pat and I hope to publish very soon... watch this space etc...
Posted by Rod Warner at 2:57 AM No comments: