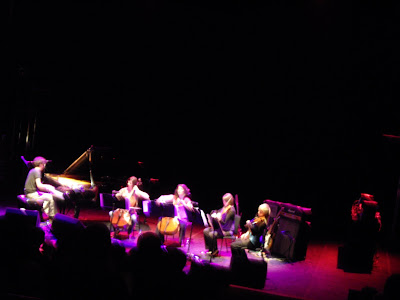 An intriguing evening at the Ether Festival – Hauschka took the first half, playing acoustic piano with various preparations/interferences and a string quartet, Spaceshipp – Matthew Shipp and Jason Pierce (of Spiritualized fame)playing as Spaceshipp - keyboards and electric guitar plus visuals, the second. I enjoyed the show, the contrast between pastoral/bucolic folky dreamscape and the deep iron cone of drone erected by Spaceshipp. But there was a scrappy, bitty feel to the night – maybe the audience, many entering late in dribs and drabs in the first half, leaving in dribs and the drabs in the second, contributed to that rather listless feeling. You got the impression not many people were that bothered either way... Little sense of engagement, which was a shame...

Hauschka came on with his all female quartet, sat at the piano and introduced his music in a pleasant, amiable manner – mentioning the fact he had spent most of the day stuck in windowless rooms rehearsing while we all enjoyed a fabulous spring day outside. (I certainly had – went Tate to Tate up and down river with a muttered curse as the boat passed the Parliament of Rogues and Fools and caught the Van Dyck show at Millbank. Realised I had not been to the older Tate for a long time. Sun shining, sweet Thames rolling softly, etc...). The music was pitched right for the weather, I thought: airy, folky, minimalist in rhythm and tonality, the main areas of exploration being in granularity via prepared piano and occasional extended techniques on the strings. A lot of short pieces, starting off with solo piano and ending on same. Touches of Steve Reich perhaps, here and there, in the repetitions of the string figures. (No bad thing...). And played with humour and warmth. My only criticism would be that the prepared piano did not explore the sonorities as much as perhaps it could have – but maybe I am used to the darker and deeper sonic areas of Cecil Taylor, Keith Tippett et al and it is not fair to load that onto someone else's vision. In a way, the short pieces worked better due to the continual wandering in of latecomers right through the set – anything more extended would have been disrupted by these graceless fuckers.

The second set offered offered a complete contrast – a long drone piece essayed by Spaceshipp that flummoxed the attention spans of many – there was a continual trickle of absconders throughout. Certainly, if you only know Matthew Shipp for his jazz piano prowess this would have probably been confusing. Sat at two keyboards in an L, he spent most of the set at what I assume was some kind of electronic organ, thickening the fast-strummed electric guitar of Jason Pierce to create a slowly widening cylinder of sound with more than an echo of Glenn Branca's strategies. The friendly intimacy of the first set was also exchanged for a more serious 'distancing,' via the two musicians being overlooked by three large screens that flickered a set of images throughout seemingly based on spermatazoa forms and operated by a shadowy third participant on the side of the stage. At first I thought they were mushrooms – then figured it out about ten minutes later. Quite a daunting performance for many, then - at a festival dedicated to te experimental... Umm – I suppose I am used to these long drone forms so was happy to go with it – because once you engaged with the piece, you could hear the subtle variations at work, overtones ringing and colliding like atoms, slight rhythmic shifts, an occasional fragment of melody. Intriguing stuff – and good to see someone of Shipp's stature getting out of the box, although he has a track record of explorations parallel to and outside of free jazz. In fact his keyboard skills only surfaced right at the end as the screens went dead apart from a central blue circle (moon?) and he switched to the clavichord and struck off into a section of ghostly bell-like sonorities as the guitarist played some ratchety scraping stuff. This coda was meant to bring the voyage to an end, I suppose, with the blue circle slowly shrinking to nothing signifying 'The End' – I use the metaphor of journey deliberately because that was what was being offered by the imagery and use of the amalgamated names in the band title: 'Spaceshipp.' Interior voyaging – the images of pre-birth and slow growth/expansion/mutation – as well as the more obvious analogy of space travel provoked perhaps by the relentless onward metallic throbbing drive of the music. Not sure if this ending worked – a sudden stop would have been more dramatic - but I wonder if this piece would have been better in a smaller venue which might have pulled people into it more strongly. People did not just amble out – some came back in again with drinks, which struck me as odd. I would have thought that if you were not completely concentrating this would have been boring – hence the escapees. But this continual movement in the audience was distracting... The applause at the end almost seemed half-hearted, as well... Pity. I enjoyed it, for what it's worth, but would like to have experienced it at a more sympathetic venue...
Posted by Rod Warner at 6:28 AM

A drag, but I have set comment moderation for an indefinite period as I am being spammed - some of it amusing but getting out of hand...
Posted by Rod Warner at 5:20 AM

Back from my hols last night and ensconced in Warner Towers... I am intending after some thought to keep on with some mp3 blogging for a while longer - had been considering knocking it on the head but I rather enjoy it... Next week off to the Ether Festival,then Freedom of the City a couple of weeks later. So reviews will be forthcoming...
Posted by Rod Warner at 3:23 AM 4 comments:

holidays with the tribe... 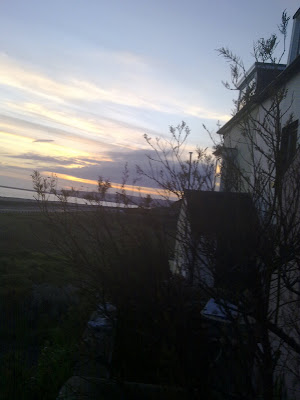 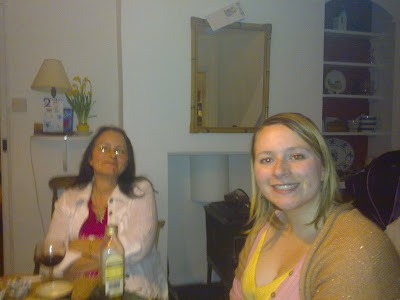 I am on holiday still with no internet connection except my mobile phone...back soon with more music etc...
Posted by Rod Warner at 4:47 AM No comments: